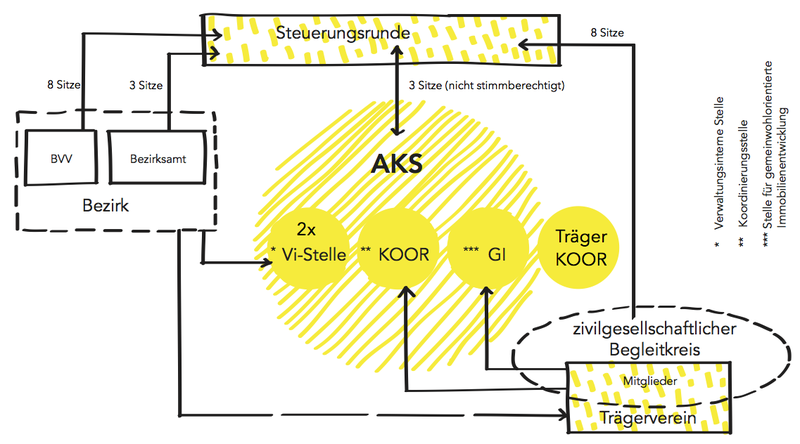 The work and coordination structure for common good-oriented urban development (AKS Gemeinwohl) works as an interface between district administration, civil society and politics in the district Friedrichshain-Kreuzberg, Berlin. AKS Gemeinwohl supports projects and spaces that are commited for the common good and promotes sustainable land policy in order to ensure a diverse urban society. AKS Gemeinwohl is a platform for experimenting and testing new forms of cooperative urban development. The tasks and structure of the team are flexible and have been adapting to new circumstances.

The work of AKS Gemeinwohl takes place on several levels: It is a contact and consulting point for urban policy initiatives and real estate owners who want to make their real estate available for common good-oriented use. We bring together people from the local administration, politicians and the civil society, and promote public dialogue on the topic of common good-oriented and cooperative urban development in Friedrichshain-Kreuzberg, for example through events.

The steering committee brings together local politicians, administration and civil society organisations and accompanies the work and content of the AKS Gemeinwohl. In regular meetings, current topics concerning common good-oriented urban development are discussed together.

The establishment of the working and coordination structure of common good-oriented urban development is the result of a long term process of cooperation between urban policy initiatives, district office, administration, and local politics. 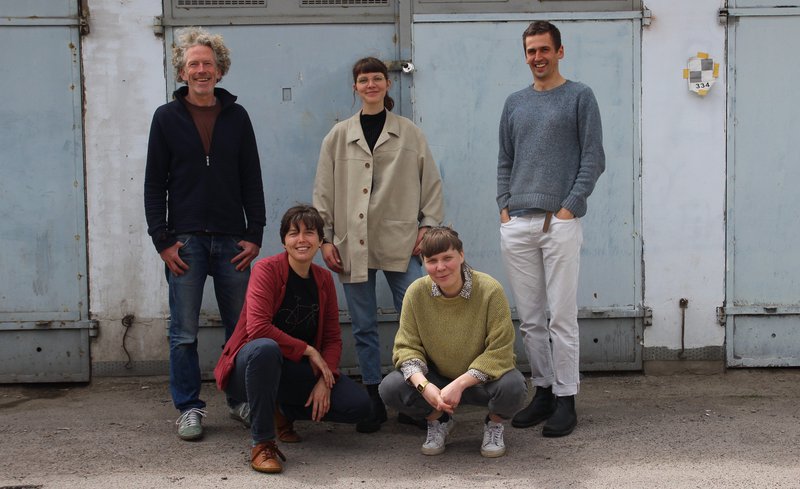 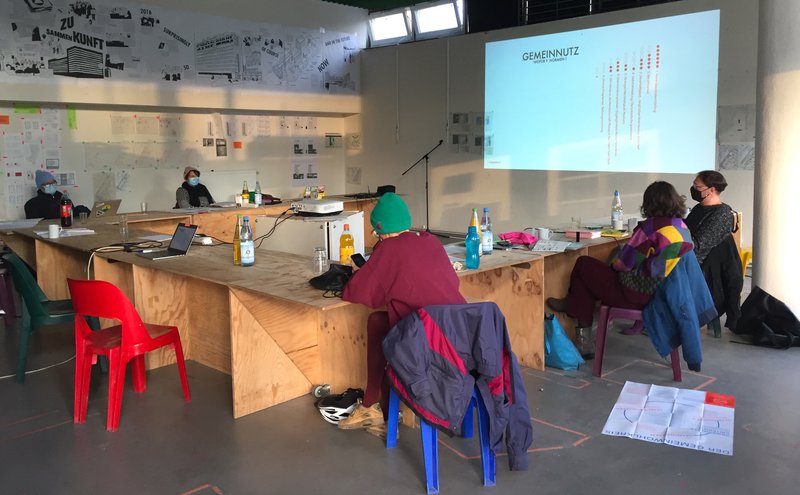 GemeinwohlStadt e.V. is the supporting civil organisation of AKS Gemeinwohl and thus its civil basis. It was founded in 2019. The organization receives funding from the local administration Through this money the three non-administrative positions of theAKS team as well as additional honorary staff and material costs are covered. GemeinwohlStadt e.V. is a platform for urban policy initiatives in Friedrichshain-Kreuzberg that want to network and exchange ideas on the topic of cooperative urban development.

The association's general meetings are open to everyone. At these events, current topics concerning public welfare-oriented urban development are discussed. The general meeting delegates eight representatives of initiatives to the steering committee of the AKS.

The current board members of GemeinwohlStadt e.V. are: Sabrina Herrmann and Kuno Zscharnack